Why AI Will Create Jobs 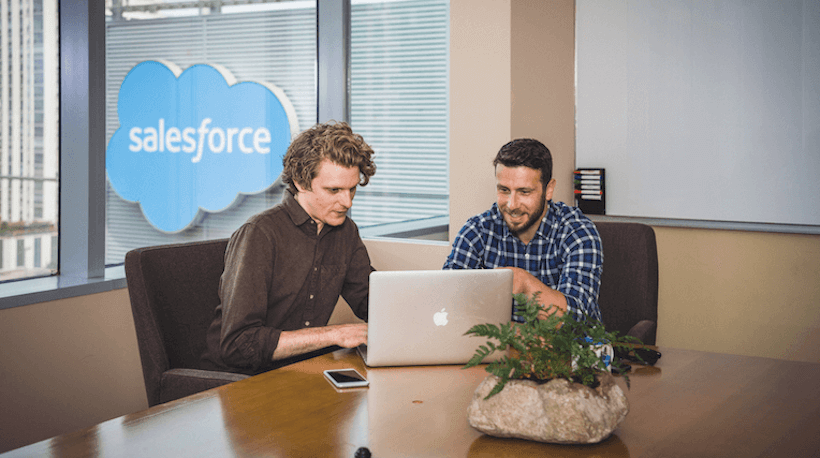 Here is the latest news from Salesforce:

“Editor’s Note: This article was originally published by Strategy + Business.

A growing number of people are worried that robots — and other machines with artificial intelligence — will imminently steal so many jobs that it will lead to a future of pervasive unemployment. But even a cursory reading of history will show that we’ve been here before.

Consider a series of headlines pulled from just one newspaper, the New York Times, as an illustration: In 1928, the Times ran an article titled “March of the Machine Makes Idle Hands.” In 1956, it announced “Workers See ‘Robot Revolution’ Depriving Them of Jobs” (for an article about labor unrest in London). In 1980, the newspaper declared “A Robot Is After Your Job.” And in December 2017, a Times op-ed headline asked, “Will Robots Take Our Children’s Jobs?” with the answer being an anxious “probably.”

Yet, at the same time, the U.S. is nearing full employment. Once again, there is a raft of warnings about lost jobs, and once again, there is reason to doubt the warnings. The real challenge engendered by AI may be a persistent shortage of skilled labor.

To be sure, robots are becoming smarter through improvements in AI. They are taking over many repetitive tasks, which might seem ominous for human labor. But this trend has to be considered in the context of ongoing technology innovation and global economic progress, which has a strong track record of generating jobs for humans to fill. In 1950, only 55 percent of the working-age population in the U.S. was employed. By 2015, that percentage had risen to 60 percent — representing a net increase of about 100 million jobs — after many potentially job-killing technologies had been introduced, among them shipping cranes, ATMs, and personal computer spreadsheets. The same could well be true of this wave, especially if we put into place the innovations in education that could help people adapt.

From Luxuries to Necessities

There are two reasons that, again and again, automation leads to broader levels of employment. The first has to do with the enabling of customers. New technologies turn the luxuries of the past into the needs of the present, and it requires labor to support those new necessities. For example, in 1950, very few people could afford air travel. But as the price of a plane ticket came down, the long-distance tourism industry exploded. Today, according to one prominent global industry association, nearly 1,000 major amusement parks and theme-based attractions around the world are visited by about a billion people each year, and more than 2.4 million jobs are attributed to them in the U.S. and Europe alone. Whether it’s the artists and engineers who invent new rides, or the actors who take pictures with kids, or the managers of food trucks, or those who create the marketing campaigns, that’s a whole lot of jobs that didn’t exist in 1950.

Another example is as close as your nearest bank branch. In the 1960s, if you needed cash from a financial-services firm, you went to a human teller. In 1967, when the first automated teller machine was installed by Barclays Bank in London, people thought it would bring about the eradication of teller jobs. Needless to say, they were wrong. Yes, the time employees spent counting out dollar bills for customers dropped off a cliff. The number of tellers employed per bank branch declined. But the new ATM technology made it cheaper to open branches. Tellers found themselves solving more complex problems for customers than they could before, while providing a much better customer experience than banks could offer in the 1960s. The total numbers of tellers employed actually increased.

Of course, a teller of the 1960s couldn’t just step into one of today’s bank jobs — not without a lot of retraining. And that’s the challenge new technology brings. There’s no difficulty in finding an open job, but it’s hard to find people for the jobs that exist.

In the technology industry, for example, there are labor shortages everywhere. By some estimates, in 2017, there were fewer than 50,000 computer science graduates to fill 500,000 open developer jobs in the U.S. alone. In a 2017 survey by Salesforce Research, 52 percent of IT leaders said that skills gaps were a major challenge in their organization.

“In the current era of business process improvement, AI systems are not replacing us; they are amplifying our skills and collaborating with us to achieve performance gains that have previously not been possible,” write Paul R. Daugherty and H. James Wilson in their new book, Human + Machine: Reimagining Work in the Age of AI.

The second reason that jobs will not be lost, even in the current wave of technological change, has to do with the nature of jobs. A person who holds a single job performs many different tasks — and although some of these are vulnerable to automation, others are not. Thus, whereas it’s not accurate to say that AI will replace many jobs, AI could take over many of the tasks that make up today’s jobs.

Predictable physical tasks will be easiest to automate. Machines are great at high-volume, routine work. They use mechanical power to replace human brawn. They will also replace people in rote clerical and menial tasks.

But they will remain poor at abstract tasks such as complex problem solving, and even worse at interactions that require empathy or common sense. Nor will they easily handle new environments in which little data is available. Machine learning depends on having a data-filled, accessible history from which the computer system can make inferences. Thus, managing people, solving unstructured problems, and innovating will remain almost impossible to delegate to a robot, no matter how well programmed it is.

Even as old tasks disappear, new ones will emerge. The jobs of the future will be built around those tasks. Companies will need to help their employees upgrade their proficiency and gain the necessary new skills. Those who are independent of a single employer will have to do it for themselves. To use a quote attributed to Alvin Toffler: “The illiterate of the 21st century will not be those who cannot read and write, but those who cannot learn, unlearn, and relearn.”

According to some estimates, 65 percent of the kids in school today will end up doing jobs that don’t exist yet. They’ll need continual retraining and relearning. So will employees at the other end of the age range. I started working at Salesforce at age 65. I had to learn new skills and a new industry. I consider myself living proof that it can be done.

If you are a business leader, you still have to address the challenge of automation, but in a way you probably didn’t expect. As competitors add new capabilities to meet new customer needs, you’ll have to keep up or surpass them. You’ll thus need to think more creatively about the jobs you have, the tasks that make up those jobs, the skills that your people will need, and the training you offer them.

Start now by considering the jobs in your organization. Begin to break them down into discrete tasks. Then identify which tasks are ideal for humans and which are better suited to machines. Any of the current jobs in your company can be reevaluated this way. For example, you won’t need truck drivers to merely convey a vehicle from one location to another. But in a world where companies are increasingly judged on the quality of the customer experience they provide, you will need employees who can combine the skills of a customer service agent, marketer, and salesperson to sit in those trucks and engage with customers as they make deliveries.

Some of the most prescient companies, governments, and labor unions are placing their bets on training — not just providing more of it, but raising its effectiveness. The country of Singapore recently launched SkillsFuture SG, a “national movement to provide Singaporeans with the opportunities to develop their fullest potential throughout life, regardless of their starting points.” The Trades Union Congress in the U.K. has an initiative called Unionlearn, based on a cascade model; it has trained more than 30,000 “union learning representatives” who have in turn mentored more than 220,000 others. At Salesforce, we also feel the need to do this; we set up a free, gamified learning platform called Trailhead, which allows anyone to learn Salesforce, along with broader business skills. We’ve opened it up to our customers to create their own guided learning paths for their employees.

All of these programs rely on new technology to improve and speed up the learning process. New tools are appearing rapidly that are based on neural biology, new computational paradigms, and machine learning; these tools are able to accelerate and improve people’s ability to learn. In many cases, the same technologies that appear to be removing jobs will be the means of delivering the new skills that will keep people employed.

Retraining people for a new environment is much more arduous today than it needs to be. As a society, if we don’t begin facilitating mass reskilling and education, we’re going to further widen the gap between the haves and have-nots and increase economic and political instability around the world. I can’t claim that education, in itself, will solve our economic problems, but increasing the effectiveness of education is absolutely a prerequisite to doing so.

Those who warn that robots are taking over are fearing the wrong threat. Creating a culture of continuous learning is how we will get from today’s economy to a new economy that gives more people an opportunity to prosper. And it’s important to understand that the responsibility for providing that education cannot fall only on governments. In a fast-changing environment where continuous learning is crucial, business will play a key role. Is your company prepared?”